Beyond Resilience: Crafting a Caring Organization 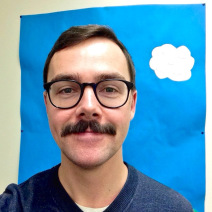 Eamon Tewell is Reference & Instruction Librarian at Long Island University Brooklyn, home of the Blackbirds. Eamon has published and presented on the topics of critical information literacy, popular media and active learning in library instruction, and televisual representations of libraries, and is an active member of the American Library Association. 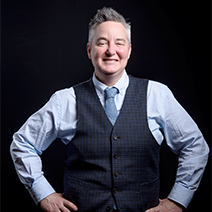 Chris Bourg is the Director of Libraries at Massachusetts Institute of Technology (MIT), where she also has oversight of the MIT Press. Prior to assuming her role at MIT, Chris worked for 12 years in the Stanford University Libraries, must recently as the Associate University Librarian for Public Services.

Chris is keenly interested in issues of diversity and inclusion in higher education; and in the role libraries play in advancing social justice and democracy. She is currently serving as Chair of the Committee on Diversity and Inclusion of the Association of Research Libraries and has written and spoken extensively on diversity, inclusion, and leadership.

Chris has a PhD in Sociology from Stanford University, and spent 10 years as an active duty U.S. Army officer, including 3 years on the faculty at the United States Military Academy at West Point. 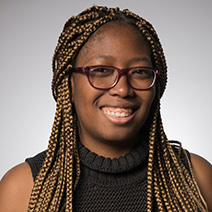 Fobazi M. Ettarh is a Student Success Librarian at California State Dominguez Hills. A school librarian by training, she specializes in information literacy instruction, K-12 educational pedagogy, and co-curricular outreach. Her research interests include critical pedagogy; equity, diversity, and inclusion within librarianship; and the intersections of organizational structures, power, and labor. Recently, she coined and defined the concept of vocational awe, as seen in the article Vocational Awe: The Lies We Tell Ourselves. Fobazi was recognized as a 2017 ALA Emerging Leader. 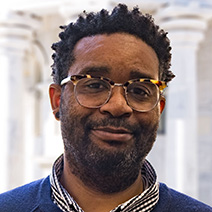 Derrick Jefferson is the Communications Librarian at American University in Washington, DC. A California native, he earned an MFA in Film from Art Center College of Design in Pasadena, CA, and his MLIS from Louisiana State University as a Project Recovery scholar in New Orleans, a program established to rebuild libraries while educating LIS students after the storms of 2005. His research interests include information literacy, critical thinking, and diversity and inclusion and identity issues in academic librarianship. 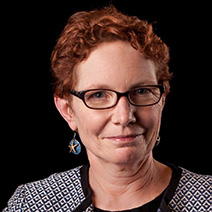 Karen G. Schneider is Dean of the Library at Sonoma State University. She joined SSU in January 2015, after over twenty years of increasing responsibility in library positions, including five senior leadership roles, four as library director. She has served on numerous American Library Association and divisional committees, including the ALA Web Advisory Committee, LITA Nominating Committee, and ALA Nominating Committee, and is serving her fifth term on ALA Council. She has taught library science classes and led workshops on information technology policy, organizing Internet information, and creative writing in libraries. She has presented widely on change management, intellectual freedom, and most recently, optimism in leadership. Her awards include the Leadership Award from the Graduate School of Library and Information Science, University of Illinois, and the 2014 Elizabeth Futas Catalyst for Change Award from the American Library Association. She has a masters in Library Science from the University of Illinois and a Ph.D. in Managerial Leadership in the Information Professions from Simmons College.