Board Manual for the ACRL Board of Directors.

At the ALA Midwinter Meeting and ALA Annual Conference in 2010, the ACRL Leadership Council identified challenges facing academic librarianship and prioritized areas for action. These conversations along with Futures Thinking for Academic Librarians the 2010 Top Ten Trends in Academic Libraries and the Value of Academic Libraries report, as well as the Strategic Plan Activities Report, informed the strategic planning process.

The ACRL Board of Directors dedicated the fall 2010 Strategic Planning and Orientation Session (SPOS) to drafting a new strategic plan. The ACRL Board accomplished the goal of creating a focused and streamlined plan in drafting the ACRL Plan for Excellence. ACRL members were invited to provide feedback to the ACRL Board of directors via an online survey and during table discussions at the 2011 Midwinter Leadership Council Session. The Executive Committee reviewed the feedback submitted by members and made revisions to the draft ACRL Plan for Excellence in the spring of 2011. The full Board of Directors was invited to comment on and officially approve the revised draft.

The Board had dedicated time at the 2011 SPOS to reviewing draft Key Performance Indicators (KPIs) to assess progress on implementing the strategic goals. The Board also dedicated time to discuss resource allocation to support the implementation of the Plan for Excellence.

The Board decided to keep the Key Performance Indicator process for ACRL Staff, as it related to Enabling Programs and Services. It was decided that goal-area committees would not have to complete Key Performance Indicators, instead working through a year-end report and work plan allowing them to assess their progress toward their objectives through indicating color levels (red, yellow, green).

Additional information on the development of the strategic plan can be found on the ACRL website.

A strategic plan is designed to give a long-range vision of where the Association is going, what its future is, and strategic directions to take. 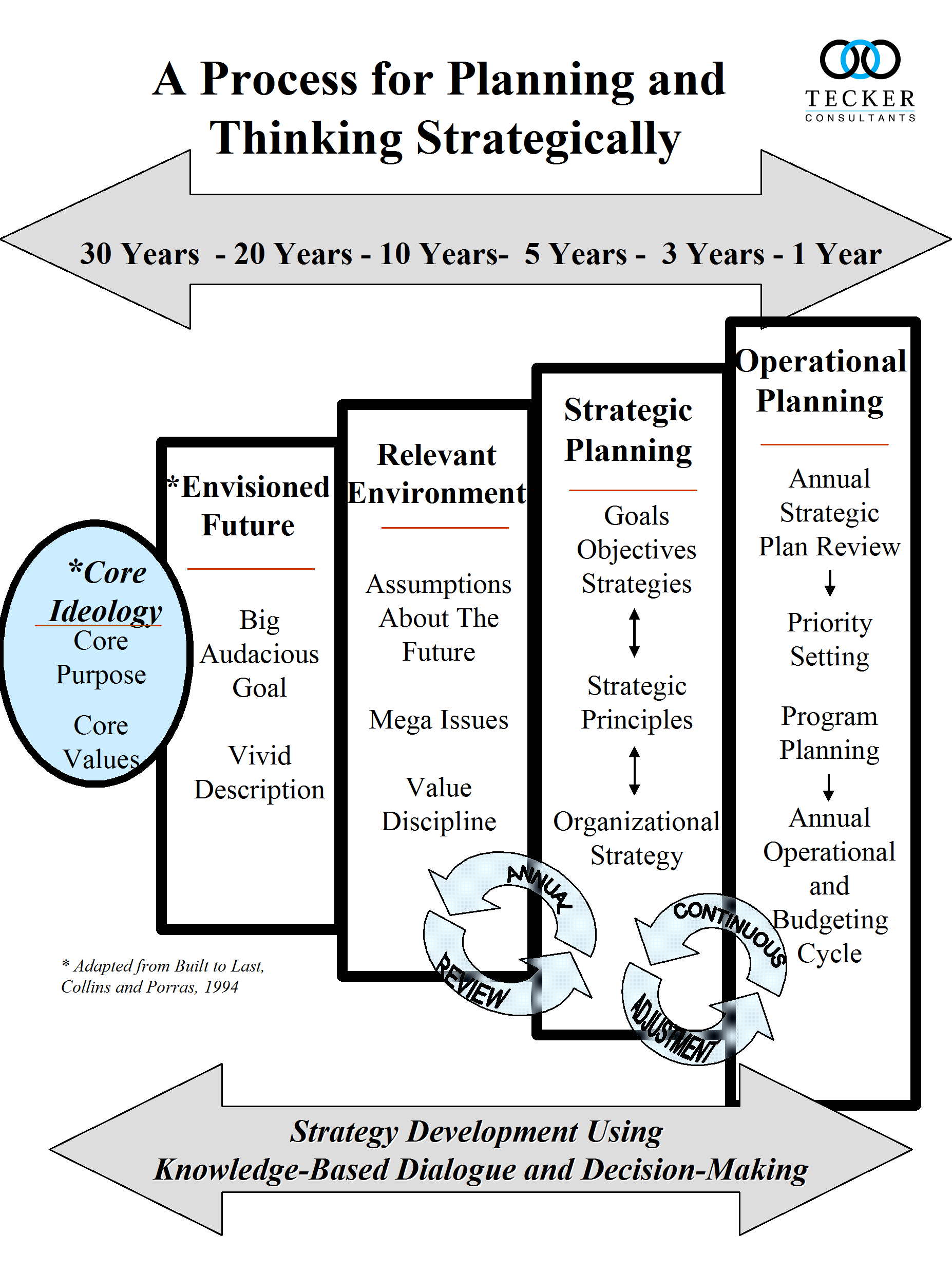